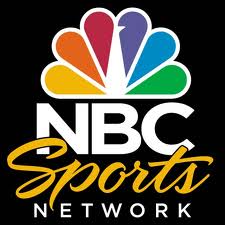 Earlier this year, Comcast’s acquisition of NBC Universal created a regional sports network and digital platform.  NBC began to lay the foundation to rival the “powerhouse” ESPN and challenge its dominance in the sports media world.  The various mergers of its existing sports networks began to happen swiftly, along with executing professional sports agreements.

The Golf Channel and Versus were merged into a new division known as the NBC Sports Group. NBC Sports’ golf production unit was merged with Golf Channel, along with NBC’s on-air staff, and that unit is now known under the branding of Golf Channel on NBC.

On JAN 2nd, 2012 – Versus and the existing Comcast regional network would be re-launched as NBC Sports Network.  The re-launch will coincide with multiple major events to be aired on NBC, where the newly re-launched network will be aggressively promoted. NBC Sports personnel will be shared between the two channels, and the network’s telecasts will be produced in a higher quality to those that are aired by NBC Sports.  A new NBC Sports logo will be created too.

An enhanced NBC Sports Network will position NBC to go after big-ticket sports.  The overall success of sports networks is dependent on live sports, which bring in high ratings.  Mark Lazarus (Chairman of NBC Sports Group) plans to engage the NFL on a cable package of eight live games for next season and picking up an MLB package after the 2013 season.  Its first step was a partnership with NFL Films on a Thursday night series called “NFL Turning Point” which is hosted by Dan Patrick.  The hour long show is used to market its top-rated, flagship “Football Night in America” program.  The footage focuses on plays deemed the “turning points” of the previous game.

NBC Sports Group will be moving its headquarters to Stamford, CT (ESPN is located in Bristol, CT) after more than 60-plus years in New York City.  The Comcast faction will be relocating from Philadelphia, PA.  The Peacock Network’s planned campus will house office space for a variety of units, including: NBC Sports; NBC Olympics; NBC Sports Digital, NBC Sports Network and the Comcast Sports Management Group, which oversees the NBC Sports Group’s 14 regional networks.  Its top-rated NFL pre-game show “Football Night in America” will  remain at 30 Rockefeller Center . The move to its new 32-acre headquarters (Clairol Site) will generate 450 jobs.  NBC secured a low interest $20M loan from Gov. Dannel Malloy (D) Connecticut that will go away in five years if the jobs remain.  Gov. Malloy offered an identical deal to ESPN for an additional 200 jobs.

The economics and technology that surrounds the New York City Marathon