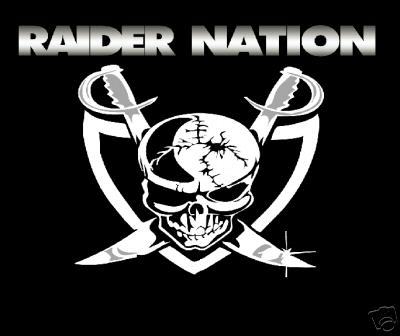 It’s my understanding since Al Davis’ death – the worst kept secret was – when would Green Bay executive Reggie McKenzie re-join the Oakland Raiders to become their chief football executive and general manager.  I say re-join – because RAIDER NATION is in McKenzie’s DNA since his playing days as a Raider linebacker from 1985-1988.  Al Davis selected him in the 10th round of the draft nearly 27 years ago.  Here’s a review of Reggie McKenzie’s resume.  McKenzie has worked in the Packer organization for the past 19years, starting as a scout and working to his current post as director of football operations.

It’s been about 10 years, since the Oakland Raiders hired a conventional executive not named Al David to handle the football day to day operations.  Prior to the signing it was the consortium of Marc Davis (Owner) and John Madden (Consigliere/Chief Advisor) with Amy Trask (Raiders CEO).  All are dedicated to bringing the Raiders back to where they were in the glory days of the 60s, 70s, 80s and 90s.  McKenzie is behind the scenes executive that doesn’t enjoy the limelight and prides himself on drafting and developing young talent.

So, when and where does the speculation start?  I’m getting goose bumps from this feel-good story.

Here are my immediate questions on McKenzie’s first 100 days:

Regardless, if McKenzie technically is unable to head up football operations until after the Packers playoff run – Hue Jackson is on notice that he’s the Raiders Head Coach and no longer wielding power given to him by the consortium.  The league is filled with mediocrity (See NY JETS) and being the NFL organization to break the record for most penalties is nothing to be proud of.

You have a baby..in a bar