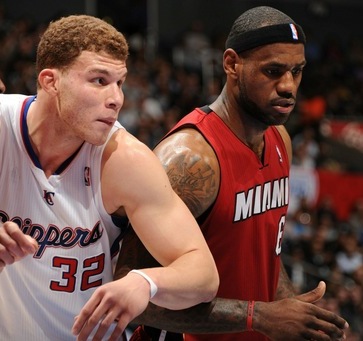 OK, so the world watched endless replays and the Twitter-verse went out of control with both dunks.  In a matter of a few days, Blake Griffin embarrassed Kendrick Perkins of the Oklahoma Thunder and LeBron James obliterated John Lucas of the Chicago Bulls.  It’s great NBA Public Relations as we can all AGREE that the sport needs it.  Let’s begin to hype LeBron vs Griffin at this year’s SLAM DUNK CONTEST – All Star Weekend – later this month.  David Stern – you’re a marketing GENIUS!!!

King James does it AGAIN!

Winner takes away a huge cash prize at this year’s All-Star Game and bragging rights!

TWITTER decides who WINS the ONE ROUND DUNK OFF.