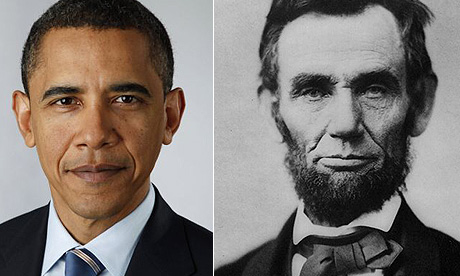 President Abraham Lincoln and the Railroad

In the first and second articles of this series, in honor of Black History Month, we looked at the contribution of African Americans to the railroads in the U.S. and shared some great ideas of how to bring it all to life for children of all ages through model railroading and Lionel Trains.  In the third and fourth articles of the series, in honor of Presidents Day, we’re going to explore the major impact that President Abraham Lincoln made on the history of the railroad in the United States.

In 2009, when the first African American President elect Barack Obama arrived in Washington D.C. from Philadelphia aboard a special inaugural train, the significance of the event was not lost on the history buffs among the press corps.  The last leg of the journey, from Philadelphia to Washington, was a symbolic reenactment of the final part President Abraham Lincoln’s 1861 inaugural train tour from Springfield, IL to the nation’s capital.  In this way the journey was a commemoration of the President who abolished slavery and led the nation through the Civil War.

Perhaps no Commander in Chief is more closely tied to the rails than Abraham Lincoln.  His inaugural train ride to Washington from Springfield, IL hit 70 towns and cities and ended with his inauguration in Washington, D.C.  Fears abounded during the voyage that secessionist conspirators would try to ambush the train to prevent the President elect from taking office.  As the Secret Service did not yet exist at the time, the railroad hired Allan Pinkerton to assist the President’s security detail of four army officers.  Pinkerton convinced Lincoln that there was indeed a secessionist plot to assassinate him during the train’s scheduled stop at the Calvert Street Station in Baltimore.  This information was later corroborated in a letter hand-delivered to the President-elect by Frederick W. Seward who would later serve as the Assistant Secretary of State in Lincoln’s administration.  The letter presented the results of a separate investigation by the New York City Police Department.  Based on these two reports, the President took Pinkerton’s advice and sped through Baltimore the night before his scheduled stop.  Lincoln arrived in Washington dressed in an overcoat, muffler and soft wool hat.  Critics of the President seized upon the opportunity to paint his secret arrival in Washington as shameful.  The President himself came to regret that he had not kept his scheduled stop in Baltimore.

Ask your child, if you were Lincoln, what would you have done?

President Lincoln and the Transcontinental Railroad