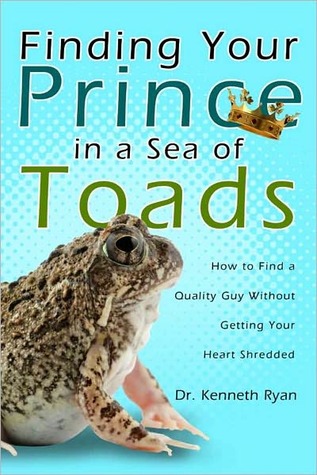 What Dads Wish They Could Tell Their Daughters

While most dads would rather watch a Sisterhood of the Traveling Pants marathon than talk to their teenage daughters about sex and relationships, Dr. Kenneth Ryan, father of three girls, never runs away from the talk. As a relationship expert, Dr. Ryan seeks to help parents have normal, comfortable conversations about these important life topics.  No one feels the pain of a bad boyfriend more than the dad so start talking before she has a boyfriend – before her mind turns to mush.

According to Dr. Ryan, one of the most common mistakes parents tend to make is lecturing instead of conversing.  Since parents often feel strongly about the issues, we sometimes try to hammer home our point without really listening and understanding what our daughter is thinking.  Ask open ended questions that begin with what,why and tell me.

Another common problem is awkward conversations.  Nobody wants awkward conversations, but what can you do? Discussing touchy topics can be less threatening if you talk about a celebrity or a person you both know rather than yourselves.   Honesty and humor are essential.  Teens can smell BS from a mile away so give it to them straight. She wants and needs the truth.  Don’t take yourselves too seriously.  A light touch makes conversations more fun and encouraging.  She must know, without a doubt, that you are on her side.

The third mistake dads make is assuming their daughters will not listen to them.  Unless your relationship has gone seriously toxic, most children really do care what their parents think. However, sometimes it takes them a while to process challenging ideas.  We don’t want our daughters to go out and make big mistakes because we didn’t have the courage to tell them the hard truths.  Your own mistakes in life do not disqualify you from sharing your wisdom and insight.

To get the conversation started, share one of these concepts with your daughter and ask what she thinks of it. Does she agree or disagree? Why? What examples has she seen in people around her?

1. Lips are your secret weapon – Learning to converse easily with guys is one of the most important skills you can learn.  Guys like being with girls who make conversation easy and interesting.  Conversation is a skill you can learn just like playing the piano.  If you practice, you can get good at it.

2. Fateful Attraction – Attraction cannot be forced or faked but it can be influenced.  Physical attraction will fade if you do not have an attraction based on character and personality.

3. Dump the guy Humanely – Men want to know the truth so if it’s not going to work, tell him so he can deal with it and move on.  He would rather know where he really stands than get dragged along.  Sandwich the bad news between a couple of compliments. Be gentle but direct.

5. Sex is like Duct Tape – Sex is meant to help one couple bond together permanently for life.  Each time it is used outside of marriage, it loses some of its stickiness.

6. Guys say “love” to get sex. Girls give sex to get love.  Sorry girls, sex won’t buy you genuine love.  It is very easy for men to have sex without love or commitment but women violate their own inner voice of sanity and femininity when they have sex without commitment.  His self esteem may go up but yours will go down.  Perhaps it’s not fair but that’s how it is.

7. Sex causes blindness – Sex helps married people overlook each others faults.  Unfortunately, it has the same effect on single people, often causing them overlook critical flaws and make a poor choice of who they marry. Does he truly love you or does he love having sex with you?  That’s the million dollar question and sex can give both of you fuzzy vision and confusion.  “Keep your eyes wide open before marriage and half shut afterward” – Ben Franklin.

8. Intended for pleasure – Sex is part of the superglue of marriage. Surfaces must be clean and dry for good adhesion. Marriage is tough and you need as much going in your favor as possible.  If you ruin the magic of sex by treating it like a meaningless toy, you are heading into marriage with one strike against you.  Sex is a big deal in marriage and you need the magic.

9.  Never buy a swimsuit at a Hardware store – Your shopping instinct easily steers you away from the hardware store when you need a new suit but your man instinct is letting you down if it takes you to bars and clubs with the hope of finding good husband prospects.  It’s a needle in a haystack if you are hoping for a quality hubby.  Flashy moves and smooth talk won’t mean a thing when your kid is throwing up in the middle of the night.

10.  Lifestyles of the Rich, famous and confused – Famous people are no smarter than you when in comes to relationships.  In fact,  they are more likely to have a warped perspective of reality. They are not necessarily a reliable role model and they won’t tell the interviewer the real problems in their life.  Smiling celebrity photos today, divorce tomorrow.

So…Don’t run away from the conversation, get one started.

Dr. Ryan is a relationship expert and author of Finding Your Prince in a Sea of Toads: How to Find a Quality Guy Without Getting Your Heart Shredded.   He and his wife have counseled engaged couples about sex for over 10 years.  (www.FindingYourPrince.com)

Dr. Kenneth RyanFinding your Prince in a Sea of Toadshow to find a quality guy without getting yourr heart shreddedSisterhood of the Traveling Pants