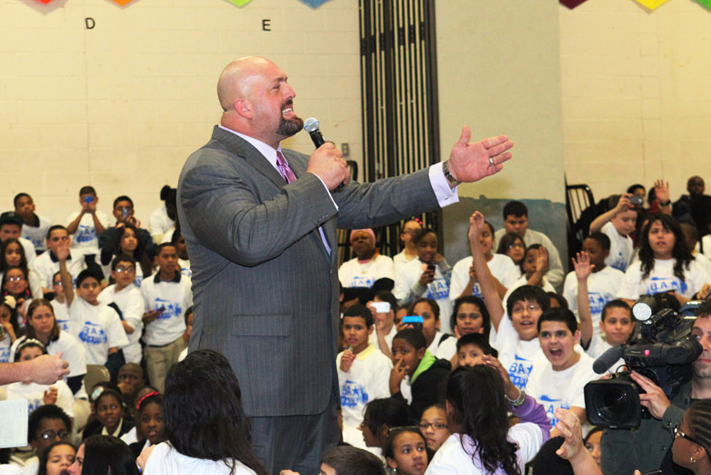 WWE’s anti-bullying campaign, “Be A STAR”

Children today are growing up in a time where bullying has become wide spread and has even caused some to take their own lives. In fact, every 7 minutes a child is bullied. The WWE’s anti-bullying campaign, “Be A STAR,” is making its rounds in hopes of creating awareness that bullying is wrong and these children are not alone. The program also gives resources to educators to prevent and recognize bullying.

“Be A STAR,” which stands for  “Show Tolerance And Respect,” takes the WWE’s superstars and divas to schools nationwide to talk to students about bullying — how to recognize it, how to address it and how to prevent it from happening to yourself or to anyone else.

It might seem incongruous for WWE folks to take to this issue — after all, when you see a wrestling superstar like Mick Foley or David Otunga or former Real World cast member The Miz, they almost seem superhuman — but the fact is that they themselves were bullied once, and can speak to name-calling and verbal/physical abuse from a personal perspective.

Former American Idol contestant James Durbin has recently signed on to our program.  He, too, was a bullying victim, and nearly broke down in tears today recounting his story to about 750 school kids at Hialeah Gardens Middle School in the Miami-Dade area.

Bullying by the Numbers