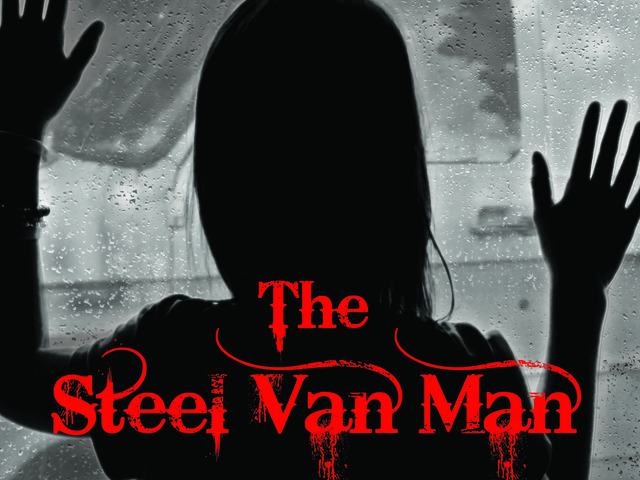 According to the most recent report by the US Department of Health and Human Services, 676,569 children were the victims of child abuse and neglect in 2011. And of that number, more than 24% of victims were younger than 3 years old.

These statistics leave many of us wondering what sort of a monster could harm a child. We feel a sense of outrage and hope the justice system will punish them in a manner befitting their crimes. But what happens when our system falls short? How many of us would support a vigilante that carried out the punishment these criminals deserve?

In The Steel Van Man (August 2013), author Jason P. Stadtlander takes readers inside the complex mind of a serial killer who targets men and women that prey on children. The story begins in a sleepy coastal town north of Boston, where a murderer is on the loose. Detective Stanley Devonshire is called in to determine who is responsible and how the killer has managed to elude police.

At the outset there is no discernible thread connecting the killings, so Devonshire enlists the help of his longtime friend Detective Mark Brown. A stunning state police officer and an imposing federal agent also join them, and after some digging they discover that similar murders have been going on for nearly 100 years. Devonshire is certain he is close to solving the case, but in his attempt to identify the killer will he or someone close to him become the hunter’s next prey?

The Steel Van Man has the reader holding his breath and guessing at every turn as Stadtlander weaves together a riveting story of murder, secrets, and justice. He brings to life subjects ripped from today’s headlines, including:

As a longtime IT professional, Stadtlander leads workshops for parents on computer and Internet safety. He is also a father himself.

“My children have been a driving force behind this book,” Stadtlander says. “I touch on subjects that are very difficult for parents to come to terms with. Unfortunately, they are also part of a reality we all face.”

Jason P. Stadtlander is the author of five books, two published in the past year and three more in the works, and more than 150 short stories. In The Steel Van Man (August 2013), Stadtlander takes readers inside the complex mind of a serial killer who targets men and women that prey on children. As an IT professional, Stadtlander leads workshops for parents on computer and Internet safety. Stadtlander is an Ohio native and currently lives in northern Massachusetts with his family. For more information, visit www.jasonpstadtlander.com.

The Steel Van Man will be released August 1st, 2013 and is now available for preorder at www.amazon.com.

When bored kids venture outdoors: the summer camp in a book