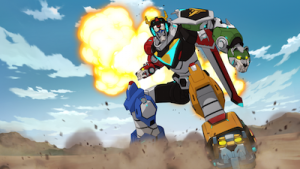 Dos Santos shared “As children of the 80’s who grew up with Voltron what was there not to love? You had 5 awesome lions, piloted by 5 awesome heroes who combined to form a giant, sword wielding Titan! It unapologetically married Sci-fi and Fantasy in one incredibly over the top, bombastic package. Fans of the new series [Voltron: Legendary defender] can look for us to keep all those elements but also expect a much more fleshed out universe with a rich backstory and characters who will evolve over the course of the series.” 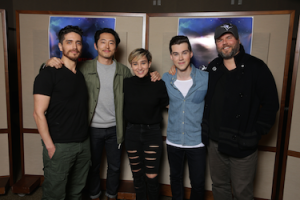 Also joining the panel were cast members Tyler Labine, Josh Keaton, Jeremy Shada, Bex Taylor-Klaus, Kimberly Brooks, Rhys Darby and a surprise video greeting from Steven Yeun. Attendees were treated to a sneak peek of the epic journey five friends embark upon as they are thrust into a sprawling intergalactic war, and only through the power of teamwork can they unite to form the mighty warrior VOLTRON!