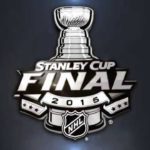 With the 2016 Stanley Cup Playoffs in full gear and the San Jose Sharks reaching the Final for the first time in the team’s franchise history, the personal-finance website WalletHub today released its report on 2016’s Best Cities for Hockey Fans.

To identify the best places for hockey spectators, WalletHub’s number crunchers compared 72 of the largest cities by division across 17 key metrics. Our data set ranges from performance level of the city’s team(s) to minimum season-ticket prices to stadium capacity.