2015 Survey Predicts Cleveland Will Win it All in 2016, Plus the Player that Trains the Hardest 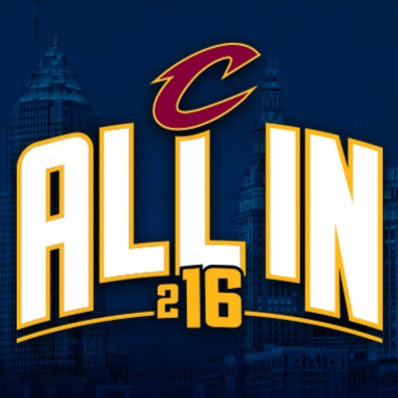 With the professional basketball season heading into the finals – and only two teams left standing, Goalrilla®, America’s leading brand of residential in-ground basketball hoops is already looking ahead to the excitement of the 2016 season. The company today announced the results of a new nationwide survey, which predicts which team will win it all in 2016 as well as the player that is perceived to have the most intense training regimen.

According to a new online survey of 2,090 U.S. adults ages 18 and older, conducted by Harris Poll on behalf of Goalrilla, the training equipment brand that replicates the in-game experience, one third, or 33 percent, predict that Cleveland – currently in the finals – will win the championship in 2016. Roughly one quarter, or 26 percent, selected Chicago, followed by Houston with 15 percent, Atlanta with 13 percent, while less than 10 percent each predicts Washington, 8 percent or Memphis, 6 percent. Geographically, 38 percent of U.S. adults from the northeast selected Cleveland, followed by 37 percent from the mid-west, 30 percent from the west and the lowest percent, 29, from the south.

“When it comes to the success of their favorite teams, sports fans are aspirational. Now that only two teams remain, we wanted to look ahead to find out which squad fans predict will win the championship next season,” said David Vogrin, director of marketing, Goalrilla. “Additionally, while talent is certainly necessary to win, the skill that players develop through training is a key aspect to delivering when the game is on the line.  Understanding the aspirations of athletes, with the goal to help them take their game to the next level, we also thought it was appropriate to find out which player fans believe has the most intense training routine.”

In a landslide victory, Americans believe the most intense training regimen belongs to LeBron James, with 61 percent of the vote – followed by – in a distant second – current league MVP,Stephen Curry with 13 percent. Less than 10 percent each say the following: James Harden, 9 percent, Kyrie Irving, 7 percent, Kawhi Leonard, 6 percent and Mike Conley, 4 percent. Of those who selected LeBron James, 68 percent were from the northeast, followed by 61 percent from the south, 59 percent from the west and 57 percent from the mid-west. Since LeBron James was “awarded” as the player with the training honor, it is a natural conclusion that Cleveland was selected as the team fans predict to win the 2016 championship.

Goalrilla’s durable and long-lasting basketball systems and sports training equipment was created to give serious competitors an edge.  Unlike alternative products, Goalrilla provides unparalleled authenticity ensuring that every moment spent practicing translates to the game.

For information on Goalrilla hoops and sports training equipment, visit www.Goalrilla.com, call 1.888.USA.GOAL or, become a fan on Facebook, www.facebook.com/Goalrilla.

About The Harris Poll