How To Cope with an Annoying Co-worker 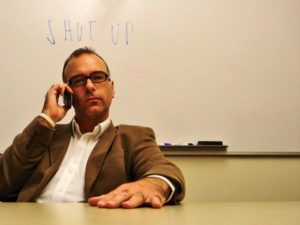 This week, at the Republican National Convention, Ted Cruz took the stage and declined to endorse Donald Trump as the Republican Nominee for President. “I am not in the habit of supporting people who attack my wife and attack my father,” he added in response to questions about his lack of endorsement. Attendees at the convention had mixed responses, some calling Cruz “selfish” in his approach. While office politics don’t typically take the National stage, Cruz’s dislike of Trump, now the Republican Nominee, can be related to the common challenge of working alongside someone you simply can’t stand. So, what’s the best way to deal with a co-worker you vehemently dislike?

1. Keep your opinion to yourself.

Gossip is a toxic workplace element that travels fast. Do yourself a favor, professionally and personally, and avoid it altogether. It can be nearly irresistible to share in your dislike of a colleague with someone else – but avoid the temptation and take the high road. Those who fall into a trap of side comments and negative talk about another employee are often cast in a light just as negative as the gossip, if not worse. This can greatly impact your own professional image and only add fuel to the fire. If you must, save the comments and complaints for the occasional conversation back at home (don’t overdo it!), or even jot them down in a journal and keep them there.

When dealing with workplace foes, the avoiding game is a luxury that can certainly be successful when possible. But sometimes, you’ll be forced to work alongside someone and drive results despite your frustration with them. When this time comes, it’s key to keep your dislike of the other person at bay — which can be very difficult, as people respond to unspoken language (like posture and facial expression) more than actual words at times. Challenge yourself to step into a completely new mindset when you interact; task yourself with the idea that you’re someone else if you have to – someone who happens to be friends with the individual. Once you leave their presence, take a sigh of relief and enjoy the break. Constantly thinking about how you react rather than how frustrating the other person is is often the best way to distract yourself from their behavior and keep things functioning.

As counterintuitive as it sounds, spending time with someone you don’t like is a great way to stop disliking them as much. Task yourself with learning at least three things you like about the individual and keep those things at the front of your mind whenever you see them. The more time you learn about your “foe,” the more likely you are to understand them: their motivations, their own personal challenges, and what you may have in common. Building empathy in an unlikely situation is an excellent tool to sharpen in the workplace and will undoubtedly come in handy over the years.

4. Streamline your work and stay focused.

Ultimately, if someone is causing you frustration and distracting you from your work, it’s time to either confront them – delicately – in person, or move on mentally and detach yourself from the situation. As soon as the challenge of working alongside someone you don’t like gets in the way of your work, it’s time to make a change. Often, unfortunately, that change needs to come from you – not the other person. Exhibit control over yourself and the challenge at hand and keep your work top of mind – otherwise, you may soon become the person in the office that others struggle with the most.