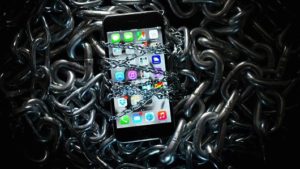 If you have an iPhone, it’s important that you update its software immediately. Apple released an iOS update Thursday,  patching a vulnerability in iOS that would allow a hacker complete access to your phone including emails, text messages, calls, and passwords.

The security flaw was reportedly discovered thanks to a tip by researchers at Citizen Lab at the University of Toronto’s Munk School of Global Affairs, and the mobile security company Lookout. The Israeli company NSO Group had reportedly been exploiting the flaw to track activists in the country. Like any exploit, however, it’s only a matter of time before others discover it and take advantage of it as well (some may have already).

To update your iPhone, go into the Settings menu, then select General, followed by Software Update, and then Install. If you’re like many and haven’t updated your phone in a while, you might have a few updates to go through: Your ultimate goal is to get iOS 9.3.5 installed on your device.