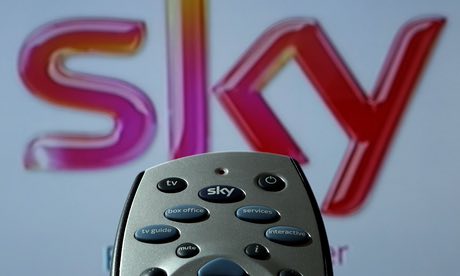 21st Century Fox, the parent company of all Fox-named properties, reached a preliminary agreement to take over all of pay-TV giant Sky for an all-cash deal valued at around $23.3 billion. Fox currently owns around 40% of Sky, so while surprising, the deal is not a complete shock—in 2011, Fox attempted to take over the remaining 60% of Sky, but the deal was scuttled by fallout over Fox’s UK phone-hacking scandal.

Why It Matters
This is another vertical merger (programming and distribution) along the lines of AT&T/Time Warner and Comcast/NCBU. It’s not clear at this early stage what Fox plans to do with Sky—use it to distribute content overseas or try and launch a service in the U.S. (We’re banking on the former.)

Sky has advanced addressable advertising capabilities and a successful virtual pay-TV service in Sky Go. Both of those capabilities might prove to be of interest to Fox in the U.S. Though with successful Sky pay-TV services in the UK, Ireland, Germany and Italy, Fox may just be looking at an overseas distribution play.

What You Need To Do About It

Not much you can do right now until all the details of the deal are public. Though if you’re CBS, you’ll probably be glad that you started on that Viacom acquisition a while ago.