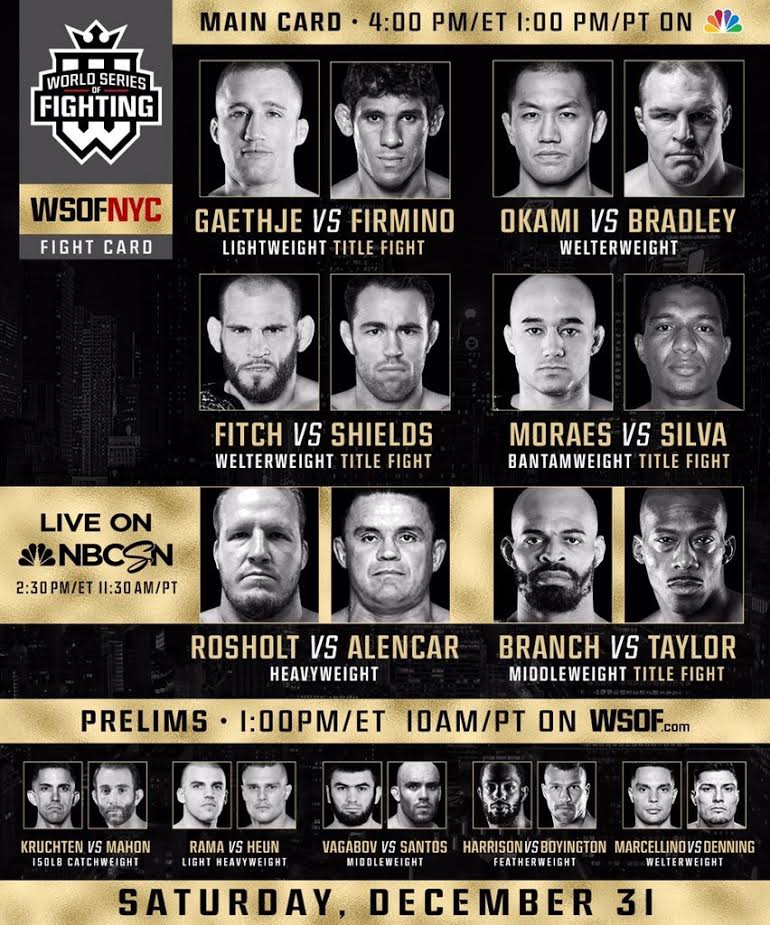 The stars competing in the most historic event in World Series of Fighting history will happen #WSOFNYC on Saturday, December 31.

The following athletes will be present at the weigh in:

WHERE:         The Theater at Madison Square Garden

The preliminary bout card will stream live on WSOF.com from 1p.m. ET to 2:30p.m. ET.