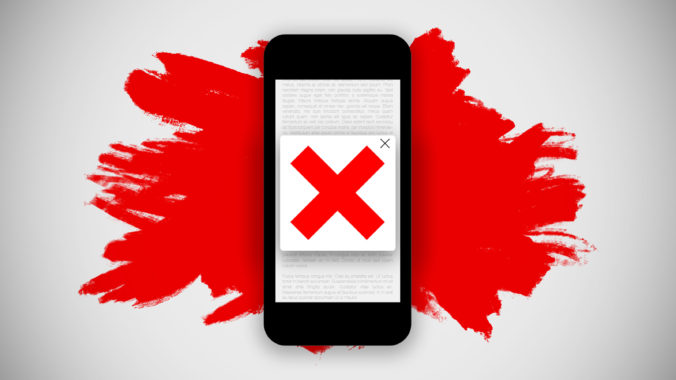 Nowadays, it’s nearly impossible to find a video advertiser or marketer who’s unfamiliar with the growing problem of ad blockers. As of January 2017, advertising analytics company PageFair discovered 615 million devices employed some sort of ad blocker, with adblock usage having grown 30 percent over 2016. New technologies like anti-adblock killers have entered the market to help adamant anti-ad believers get around adblock detection, walls, and bans from sites which ironically don’t like people using ad-blocking technology.

Give Control Back to the Users

Relinquishing control to internet users might seem counter-intuitive to most video advertisers; after all, these professionals are the ones who have all the demographic information on users, and should know how to give them the best ad experience possible. But so far, this hasn’t been the case, as proven by the droves of internet users installing and using ad blockers because they don’t trust advertisers’ motives. Therefore, in order to keep delivering video ads which don’t offend users, putting the power of choice back into consumers’ hands should be an option advertisers are willing to consider.

As an example, Optimal.com was founded in 2015 to help users experience an ad-free web experience by charging a monthly subscription fee, and then splitting that revenue with the publishers its users visited. Users could also select which publishers they enjoyed the most and opt to give them a higher percentage of their monthly fee.

While Optimal was recently acquired by Sovrn, an advertising technology firm that wants to help publishers and creators provide a better content and advertising experience to consumers, the precedent the company put forward of allowing internet users to avoid ads while still paying preferred publishers is a solution some advertisers might find effective.

As is clear from PageFair’s findings, internet users are willing to watch some types of advertising formats, prompting some publishers to experiment with new ways to deliver ads. Consider server-side ad insertion or stitching, a tactic undertaken by sites like Twitch and Facebook that are using coding to make ads look like regular content so they can’t be detected by anti-ad software. Other brands are turning to outstream video ads, which Dvir​ ​Doron,​ ​chief marketing officer​ ​of​ ​video​ ​advertising​ ​software​ ​company​ ​Cedato, believes will keep viewers engaged.

“Because traditional formats have been around awhile, software has become better at recognizing and blocking it,” explains Jonathan Moore, director of marketing at subtitle advertising brand KickSubs. “Furthermore, people eventually start to tune out of areas they know are filled with ads—keeping their mouse hovered over the ‘skip’ button on YouTube, or ignoring sidebars completely.”

This reasoning is why KickSubs helps publishers and creators insert text ads into their videos, and with proven results. The brand’s in-video advertising text generates a 43 percent recall rate compared to the 25 percent recall rate of pre-roll and mid-roll video ads, an especially impressive feat considering 90 percent of people skip pre-roll ads.

Pay Users for Their Data

A lot of the reasoning behind ad blocker use is how tired consumers are of their personal info being scraped and used without their permission to advertise to them. Internet users are becoming increasingly aware of the value their personal data provides to marketers and advertisers, and are starting to dislike how they have no say in this seemingly unequal exchange. Maybe, then, it’s time for video advertisers to consider paying users for their data.

This theory is why companies like Datacoup, Powr of You, and Meeco are working to balance the brand/consumer relationship. These brands, along with others which have entered the market in recent years, have set themselves up as personal data marketplaces where consumers can control and monetarily benefit from their personal information.

“As consumers learn more and more about the total value of their attention and data, they’ll lose trust with publishers and ad and data platforms that don’t compensate them fairly,” says Iggy Fanlo, who co-founded Ourdata.us as a self-described “consumer data union.”

Fanlo’s brand shuttered in July 2017, with users citing poor execution and the company citing lack of traction. Despite the closure, though, the idea of empowerment resonated with users. “The pie is so big, share it,” Fanlo emphasized, providing the example of how the U.S. sports industry fairly splits revenue around 48 to 50 percent with athletes thanks to unionization. He suggested advertisers who currently take 80 to 90 percent of revenue home should consider treating internet users like sports does its athletes—as equal partners in an ecosystem which doesn’t work without their skills (or in this case, their personal information).

While​ ​ad​ ​blockers​ ​threaten​ ​the​ ​business​ ​model​ ​of​ ​getting​ ​content​ ​mostly for​ ​free,​ ​Doron notes they​ ​are​ ​important​ ​for​ ​the​ ​video​ ​advertising​ ​industry​ ​to​ ​help​ ​“make​ ​it​ ​change​ ​and​ ​adapt to​ ​the​ ​new​ ​rules​ ​of​ ​respecting​ ​viewing​ ​experience.” Basically, in order for video advertising to survive, the industry needs to be willing to adapt and work alongside consumers, instead of seeing them as the enemy who just defaults to ad blockers.

Fortunately, the suggestions above are solid first steps towards this goal. As with any new venture, video advertisers should experiment with these delivery methods to see which works best for their particular brand and what gets the best response from their target audience. But in the end, both parties are likely to find a solution which satisfies both the preferences of internet users and the pockets of advertisers.

The Bright Side After Divorce