Millennials are spending more time watching content on TV than they are on digital platforms.

The top TV programs varied by genre, while the majority of YouTube’s top content is music videos. 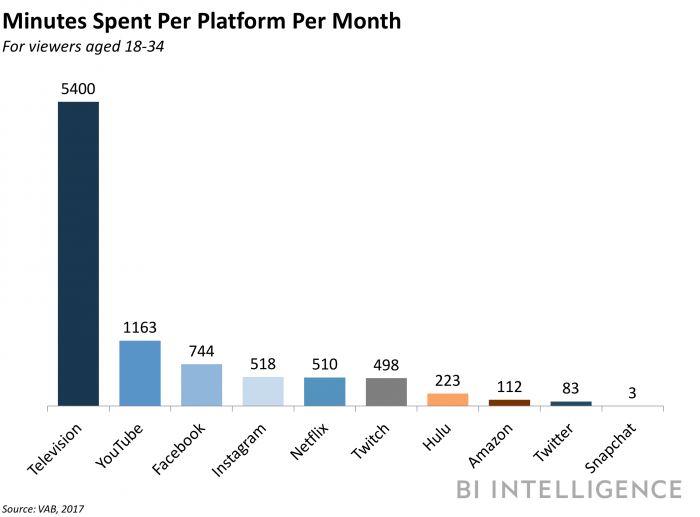 As reported by Business Insider.