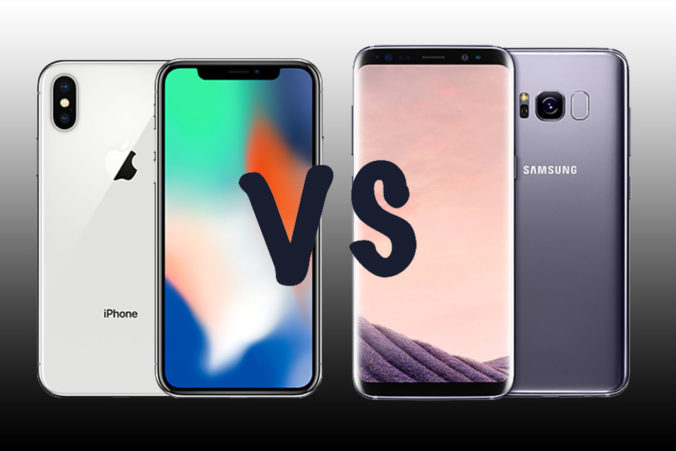 Survey reveals that age matters when it comes to smartphone preferences

In the battle between Apple’s iPhone and Samsung’s Galaxy, American teens and adults are split on which one they want as a holiday gift. Over a third (35 percent) of teens said they either want the pricey iPhone X or the Apple iPhone 8. Only 20 percent of adults want the iPhone X, with a slightly higher percentage (22 percent) wanting the iPhone 8. Overall, adults said the Samsung Galaxy S8 is the smartphone they’d prefer to unwrap (38 percent). The national survey was fielded among 1,034 adults and 507 teens by Propeller Insights on behalf of Ebates, a leader and pioneer in cash back shopping and subsidiary of the global internet services company Rakuten.

The Trendy Teen Gifts Are…

If you’re planning to buy your teen a pair of Beats wireless earbuds, as 28 percent of American parents are, you’re in luck—at 44 percent, it’s the number one trendy teen gift that teens most want to receive.

Teen boys also want a drone (47 percent), while girls want a Polaroid camera (52 percent). Other trendy teen gifts for both teen boys and girls are:

However, while 27 percent of parents think that fidget spinners are still a hot gift for teens, only 15 percent of teens put this on their wish lists.

Non-Electronic Gifts Are Popular, Too

Getaways were also a popular choice for Americans (32 percent). In fact, almost three- quarters—72 percent—would forego a gift in exchange for a holiday getaway.

When it comes to which type of gift card Americans would most like to receive, money in the form of a Visa, Amex or Mastercard (72 percent) was the top choice. This is followed by a gift card to a restaurant (59 percent), a retailer (51 percent) or for travel.

And men should take note: one-third of women also selected a gift card for a spa treatment (35 percent).

“Our holiday survey found that, when it comes to holiday gifts, you can’t go wrong with a gift card—although a laptop or earbuds are also safe choices,” said Amit Patel, CEO of Ebates. “At Ebates, we want to make it as easy as possible to purchase all your gifts and save money while doing it. From gift cards to fidget spinners, our retailers have you covered.”

From now through Christmas, shoppers can receive up to double cash back on select retailers via Ebates. For more details on specific retailers participating in the special offer, visit Ebates.com. Shoppers can also download the free Ebates.com app at Google Play and the AppStore.

Ebates rewards members with cash back on purchases while also providing access to thousands of coupons, discounts, promotions and special deals, including free shipping. Free membership allows consumers to shop online at over 2,000 of their favorite top-name retailers while earning a percentage of every purchase they make. To date, Ebates members have earned nearly $1 billion, paid out quarterly in the form of a “Big Fat Check” or via PayPal. Because shopping with Ebates is hassle-free—no rebate forms to fill out and no points or miles to redeem—the site supports a strong community of savvy shoppers across the country and around the world. Founded in 1998 and acquired by Rakuten, Inc. in 2014, Ebates is headquartered in San Francisco.