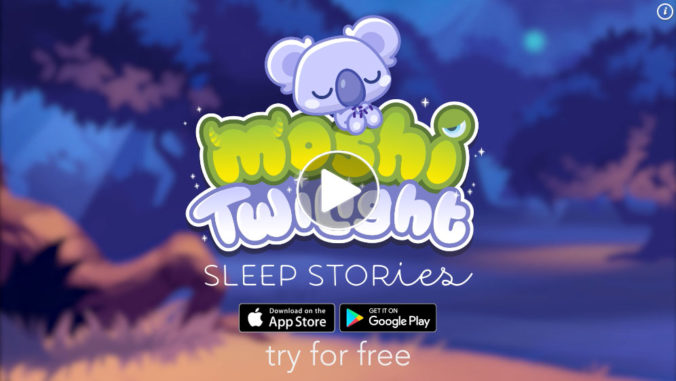 From running the vacuum cleaner to spinning slowly in a circle on the floor, a just released report shows that parents try the strangest things to get their kids to sleep.

Explaining the road and train-building plans of China’s leader Xi Jinping has been voted the strangest known method for helping children get to sleep.

That topped a list of eccentric but real techniques for helping a child sleep in a survey of 2,205 Britons and Americans conducted by pollsters on behalf of mediation app Calm.com and Moshi Twilight Sleep Stories, who are partnering to launch a new natural sleep aid for kids.

“Parents resort to the most unlikely ways of trying to get their children to sleep,” says Michael Acton Smith, an executive behind both the poll’s sponsors – Moshi Twilight Sleep Stories  https://moshi-twilight.com/ – a new app of soothing bedtime tales…and www.Calm.com the meditation app known for its own popular Sleep Stories and just named Apple’s App of the Year. 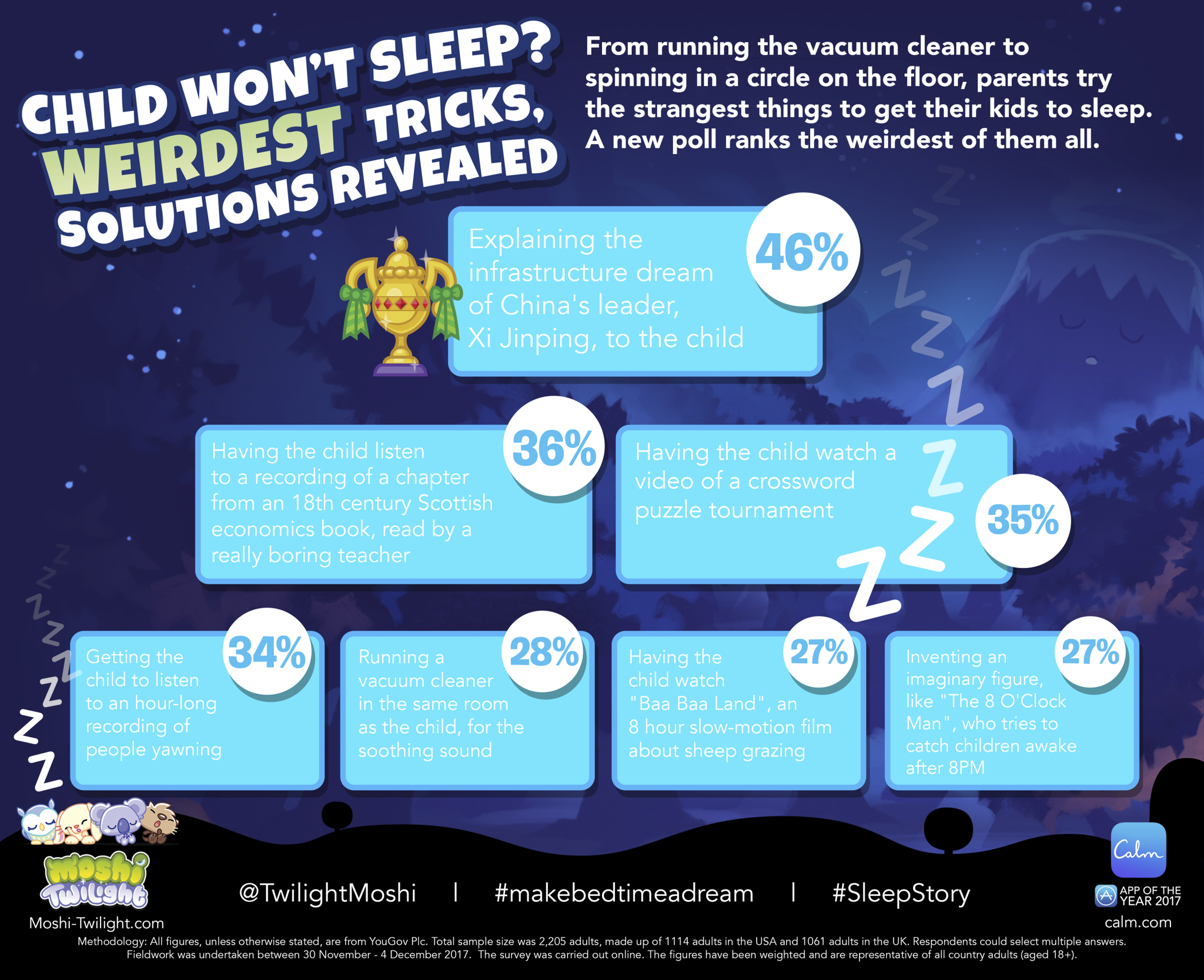 Respondents to the new poll picked from a list of 13 offbeat methods for getting children to sleep – see the full list below.

The winning method – “Explaining the infrastructure dream of China’s leader Xi Jinping to a child” – was picked by nearly half (46%) of all respondents as among the strangest/weirdest methods.

The second strangest method, picked by 36% of respondents, was judged to be … having a child listen to a recording of a chapter from an 18th century Scottish economics book read by a boring monotone voice.

This option is similar itself to a Calm app Sleep Story which shares a reading an excerpt by Ben Stein from the classic economics tome ‘The Wealth of Nations’.

Acton Smith says the fact that something like that has been voted the second weirdest method for getting children to sleep is validating, since Calm users know that it works with this app.

Ways to talk to your child about sexual assault