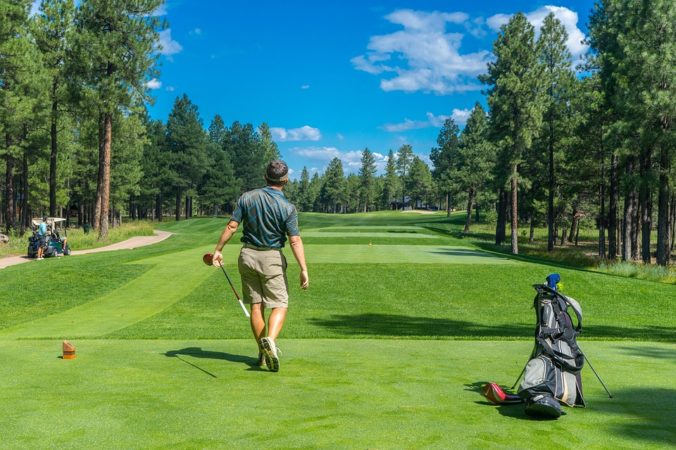 How A Love For Golf Could Take You Around The World

Golf has largely been considered a mans world, but more women now seem to be taking an interest in the sport. Why’s that? Because golfing is one of the most relaxing, and actually one of the most social, sports that there is at the minute. Most of the time golf is only played when the good old sun is shining, so it really is a leisurely sport that everyone can enjoy. Not to mention the crips refreshing pint of larger or beer that might be waiting for you in the country club the other side. But make no mistake, it can get competitive, and it is hard to get to grips with. But, play it well and here’s how golfing can take you around the world.

If you get to a level where you’re pretty good at golf, and you perhaps have your own coach, you could find yourself travelling the world going to low level golfing tournaments. We aren’t talking the big master’s tournament. We’re talking low level tournaments that are more about the fun of competition rather than the winning and sponsorship. Some of them do have prizes, but they’re often just about the taking part. If you’re not willing to travel, there will always be some low level tournaments near to you between local golfing country clubs. These are a lot more fun to head to as you’ll have a group of people around you that you’re used to playing with, and it all feels a lot more social.

Company holiday’s are one of the best things you can ever do. It is usually the people that you work with that make actually going into work fun, so going on a holiday with them is just so exciting. Now, there aren’t many companies out there that will just ship their employees out on holiday’s. But there are so many companies that take ‘business trips’ around the world that turn into a three or four day golfing experience. So, if you know your way around a course, you might be in with a chance of going! You could take your own golf clubs and equipment so you feel comfortable playing, and it helps you look a bit more professional. You can find out how to ship golf clubs here. It is often the people at the top of companies that get to go on such trips, but if you make your love of golfing known, and if you use it as a way to communicate and build a friendship with the top boss, there’s no reason why you wouldn’t be selected as one of the elite to take part in such a prestigious business trip.

There are some really lovely golfing resorts dotted all around the world. They know that for the most part, the people that they’re catering for are going to be some of the richest people in the world, so their resorts reflect that. Expect 5* treatment and facilities, as well as excellent golfing conditions. Spain in particular have tons of golfing resorts right on the coast, giving you that perfect view for the perfect tee off.

Netflix Most Popular DVDs Of All Time