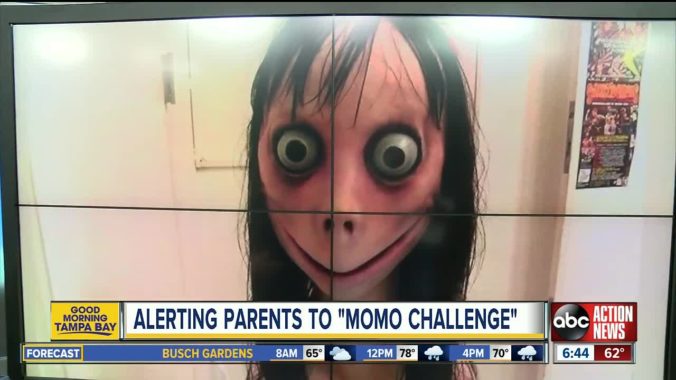 The Momo Challenge is a Hoax

The Momo Challenge is the latest viral challenge that targets children in the name of self-harm. Following in the horrifying footsteps of previous online attacks on young and impressionable viewers, like Slenderman and the Tide Pod Challenge, the Momo Challenge is designed like a chain letter, with instructions popping up in children’s online videos and games, directing viewers to contact a phone number on Snapchat or WhatsApp where they will receive messages that encourage them to harm or even kill themselves.

The messages, which often ask for personal data and information, contain steps on how to perform self-harm, while also making threatening claims against the child’s family if they do not follow through on the instructions.

Fact-checking website Snopes warned that although the momo challenge was a hoax, the reports and warnings could still cause distress to children.

The subject has generated rumors that in themselves can be cause for concern among children.  There haven’t been any reports with instances of children harming themselves due to the momo meme.

What should parents do?

Police have suggested that rather than focusing on the specific momo meme, parents could use the opportunity to educate children about internet safety, as well as having an open conversation about what children are accessing.

This is merely a current, attention-grabbing example of the minefield that is online communication for kids. A better focus is good positive advice for children, setting up technology appropriately and taking an interest in their online interactions.

To avoid causing unnecessary alarm, parents should also be careful about sharing news articles with other adults that perpetuate the myth.

Physical Changes That Happen When You Smile