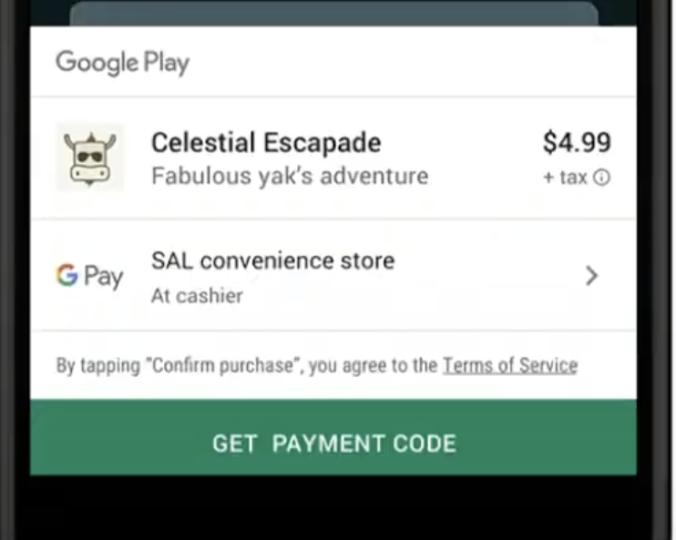 People Are Paying Cash For Android Apps At Their Local Shops

Buying an app on your phone is straightforward: You head to the App Store or Google Play, tap on the buy button, and have your credit card automatically charged when the app downloads.

In emerging markets like India, a country where nearly everyone uses Android phones and nearly no one uses a credit card, that’s a problem.

Last week, Google announced that it was making it easier for people in countries like these to buy apps without using a credit card through a feature called “pending transactions.”

When a user tries to buy an app from Google Play, they can choose to receive a payment code, which they can take to a participating retail store near them, and pay for their purchase in cold, hard cash — after which their app will automatically download to their device.

“This is a new class of delayed form of payment — like cash, bank transfer, and direct debit,” Aurash Mahbod, Google’s director of engineering for the store, told TechCrunch. All refunds, however, come back to users only in the form of Google Play credit.

Google’s Android operating system powers nearly three-quarters of the world’s mobile phones, but the Google Play store doesn’t generate as much money as Apple’s App Store. In the third quarter of 2018, for instance, the App Store generated 93% more revenue than Google Play.

By making it easier for people in countries where most people don’t use credit cards to pay for its apps, that’s a gap Google is hoping to close.