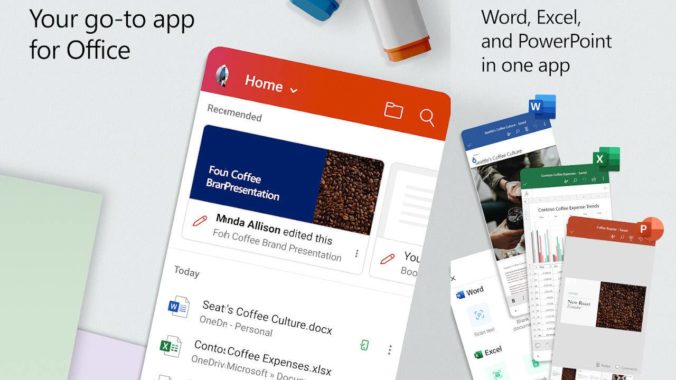 The new Office application allows you to browse your OneDrive files, and edit any Word, PowerPoint, or Excel documents without opening any separate tools. It also synchronizes with the Windows 10 notes application and includes a variation of the Office Lens scanner. Finally, there’s a QR code reader, in case you need one of those for whatever reason.

Full editors for Word, Excel, and PowerPoint documents are built-in to the app, and Microsoft has aimed to keep the available features and options the same between the stand-alone apps and this all-in-one app, even if there may be some layout differences. Unfortunately, there’s no iPad version at this time, so iPad users may wish to continue using the standalone apps on that platform.

The new Office app is available for both Android and iOS today, though it might take a little while to show up in app store search results. Microsoft intends to continue supporting and adding new features to its standalone apps for the foreseeable future.

How to keep your washing machine odor free