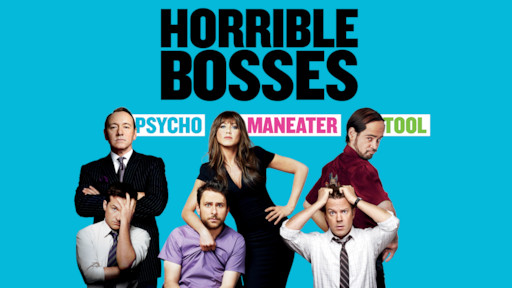 Do you have a toxic boss?

With the amount of time we spend at work each day, it’s no wonder that a boss can make or break the experience. It’s been said that people leave bosses rather than jobs, and the statistics back this up. According to a recent study, 60% of employees surveyed left or were considering leaving a job because of their direct supervisor.

While it’s rare to have a perfectly ideal manager, there are certain characteristics that may indicate you are dealing with a truly toxic boss. As someone who has had experience with more than one veritable nightmare of a human being challenging boss, I can personally attest to how all-consuming such a negative experience can be.

We’ve come up with a list of common toxic boss traits as well as strategies to survive these monsters while deciding on next steps.

Before your new boss, work was a sort of bearable pleasant place to be. But now the environment has changed sharply and suddenly. The way this change takes effect can differ, ranging from more overt behavior like yelling and disparaging employees, to more subtle behavior like an intensity that causes the whole department to feel stressed where they once felt comfortable and at ease. The key is that the environment has changed for the negative.

This one can be infuriating. Despite all of your efforts to date, your boss can’t help but insert themself into tasks that you’re more than capable of completing and feels compelled to tell you how to do them. No matter how glowing your track record, a micromanager won’t be able to rise above their own insecurity and trust you to do your job, because they need to feel like they aren’t an insecure shell of a person important and call the shots.

A toxic boss is incapable of acknowledging they are a human being who, like the rest of us, makes mistakes. Instead, he or she will gloss over their own errors, despite practically foaming at the mouth when it’s time to point out yours. The rules don’t seem to apply to them and they present themselves as almighty and infallible. In other words, they’re really fun at parties.

Instead of cultivating a respectful and mutually beneficial relationship with those who report to them, toxic bosses are only interested in making themselves look good. You only exist as an extension of them, and they treat you like a minion rather than a colleague. They’re only interested in having you validate their existence rather than help you with your career. Hierarchy is very important to this kind of boss and they won’t let you forget it. Some may even go so far as to take credit for your work.

A good boss can take constructive feedback and internalize it. A toxic boss is incapable of doing this. No matter how articulately you express yourself, any criticism or pushback, however valid, is viewed as an attack and this kind of boss can’t hear it. In fact, when you do try and share a differing view, they may punish you later in an attempt to reassert their power. Reasoning with this type of boss is about as fruitful as reasoning with a toddler. Now, let’s get on to some useful strategies for dealing with these toxic bosses.

10 Ways to Get Along with Co-workers

What is Leap Day?