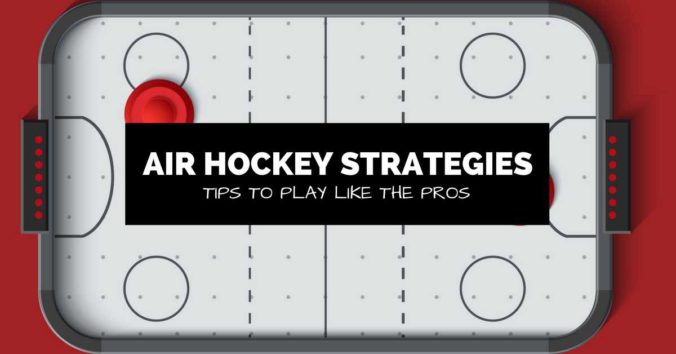 Air hockey is a fast-paced, addicting arcade game, and it’s no surprise that people of all ages can’t get enough. However, mastering air hockey is much harder than it seems, and a bit of insight may be helpful the next time you’re hovering over the puck. Here are some ways to keep up with the competition while playing one of the most fun arcade games around.

Air hockey is all about speed, so it’s crucial to know how to hit the puck for maximum velocity. That way, your opponent will have their work cut out for them in blocking your shots. When you make contact, drive the mallet straight into the puck without reserve, taking care to aim first. There’s a common misconception that bank shots from side-to-side will improve your chances of scoring, but there’s no substitute for a forceful shot into the goal by attacking the puck from behind. When you return an attack, avoid double-banking—the puck should only bounce off the walls once before making it to your opponent’s goal line. This is because each time the puck hits the boards, it loses a significant amount of speed due to friction. This not only lessens your chance of scoring, but it also makes it easier for your opponent to return the puck and score a goal against you.

3. Keep an Eye Out for Rebounds

When you’ve finally gotten the puck out of your goal area, you might allow yourself to stop and take a breath. However, with all that force behind the puck, there will be times when your opponent fails to hit it back to you and it bounces off the boards, ricocheting into your half of the table. Always be on the defensive as soon as the puck leaves—that way, you won’t be caught off guard and leave your goal wide open.